More than 100 supporters of scenic byways gathered at the Capitol Visitor Center in Washington on December 6 to honor the 25th anniversary of the passage of transportation legislation that created the National Scenic Byway Program. 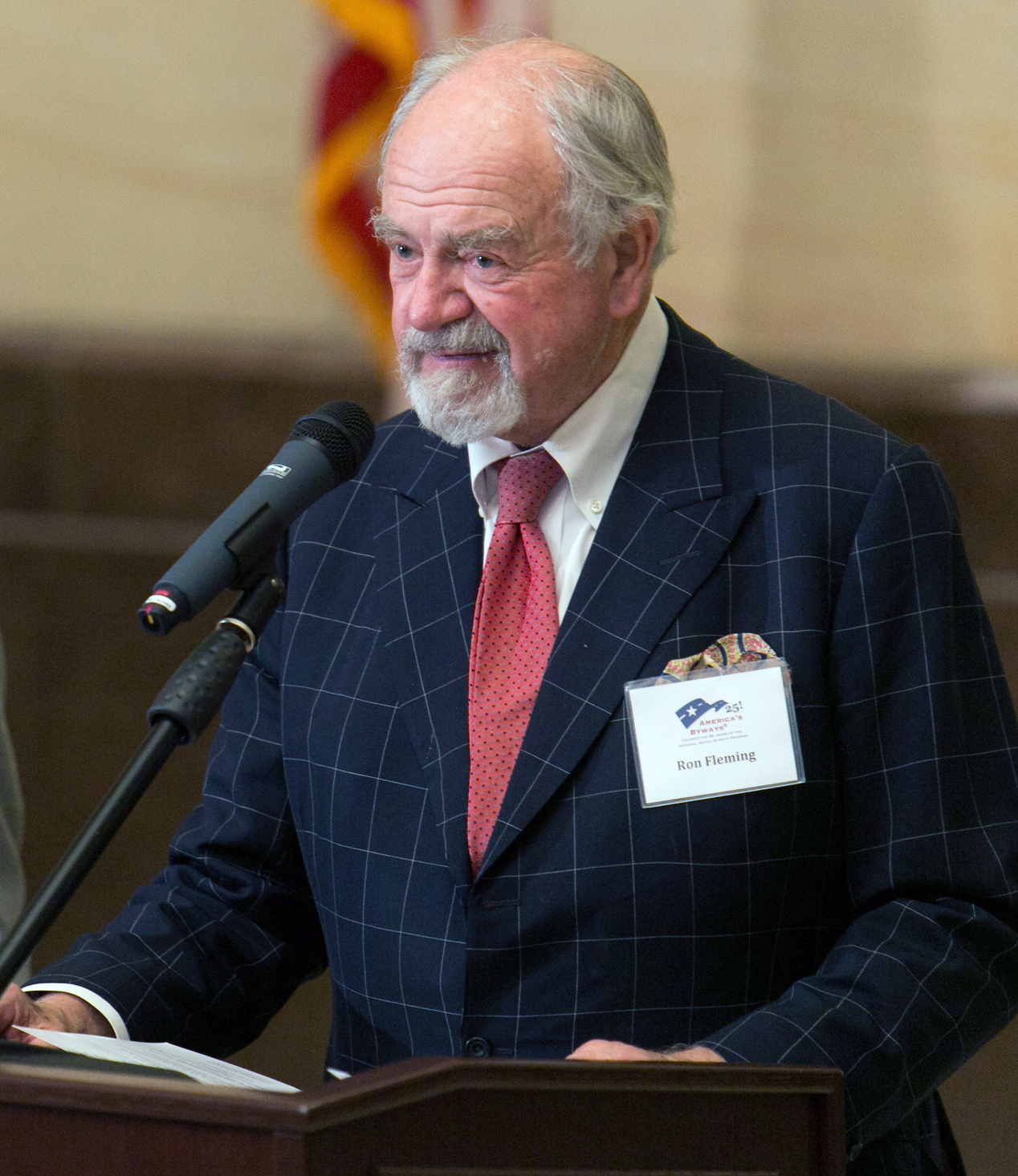 Scenic America Chairman Ronald Lee Fleming welcomed all in attendance by saying we as Americans have a collective interest in preserving and promoting scenic beauty. Rob Draper, Chair of the National Scenic Byway Foundation, affirmed that byways create a sense of place, entice travelers, boost local businesses, and connect small towns in rural America. He called byways “a critical component of the travel and tourism sector – integral to sustaining a diversified rural economy.”

Shuan Butcher, director of the JTHG Scenic Byway, introduced Representative Cicilline, who spoke about the value of authenticity and sense of place that byways provide. He then presented Congressman Farr with a Scenic Hero award for Farr’s career-long commitment to scenic beauty in California. 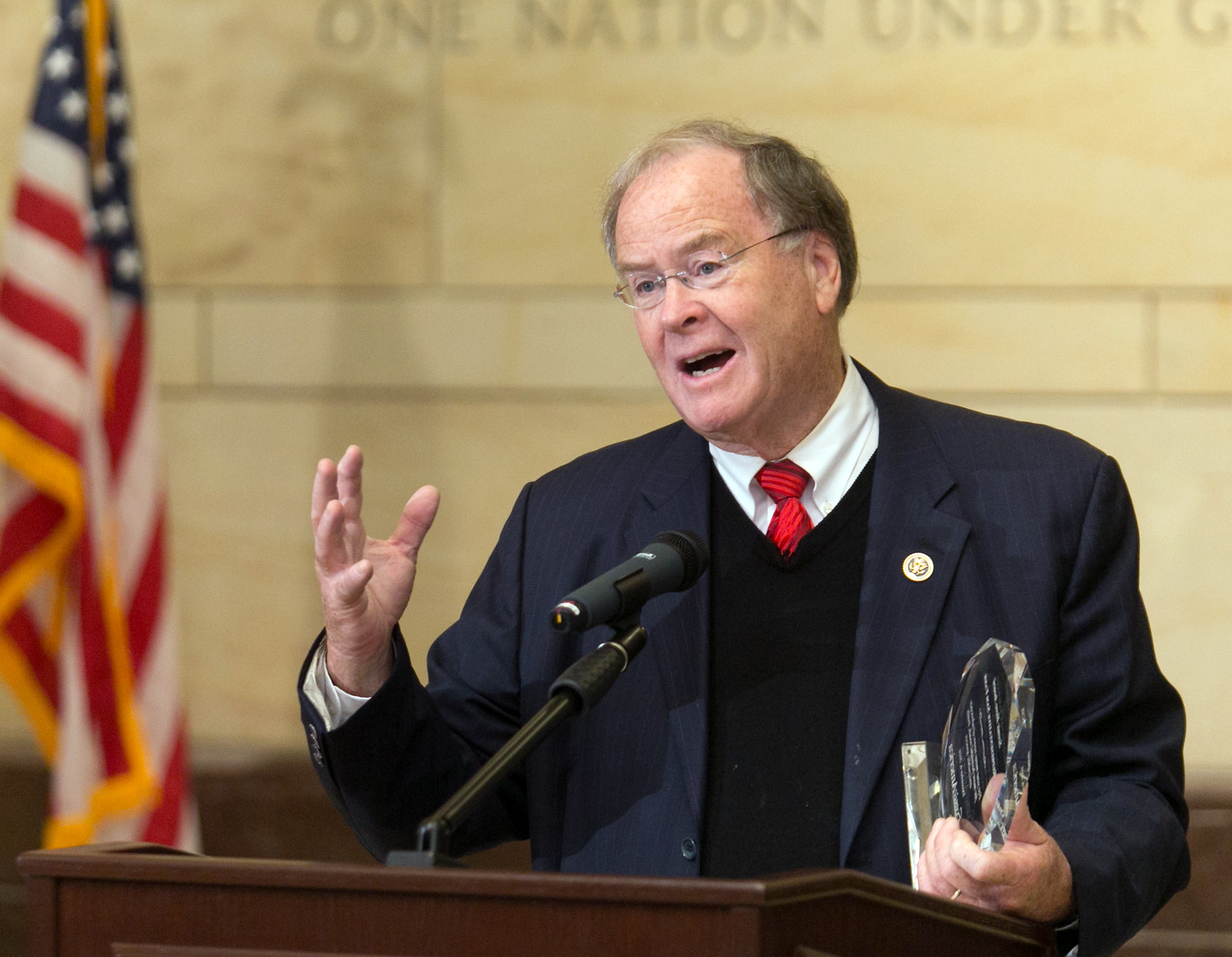 Congressman Farr remarked that his father, the late California State Senator Fred Farr, had dedicated the state’s first scenic highway at Big Sur in 1966 with Lady Bird Johnson at his side.Farr said that his hometown of Carmel, CA takes great pride in its visual environment and when people ask him about industry in his town he tells them “we sell scenery.” He encouraged all in attendance to keep pursuing the goals of scenic byways and a more beautiful America. 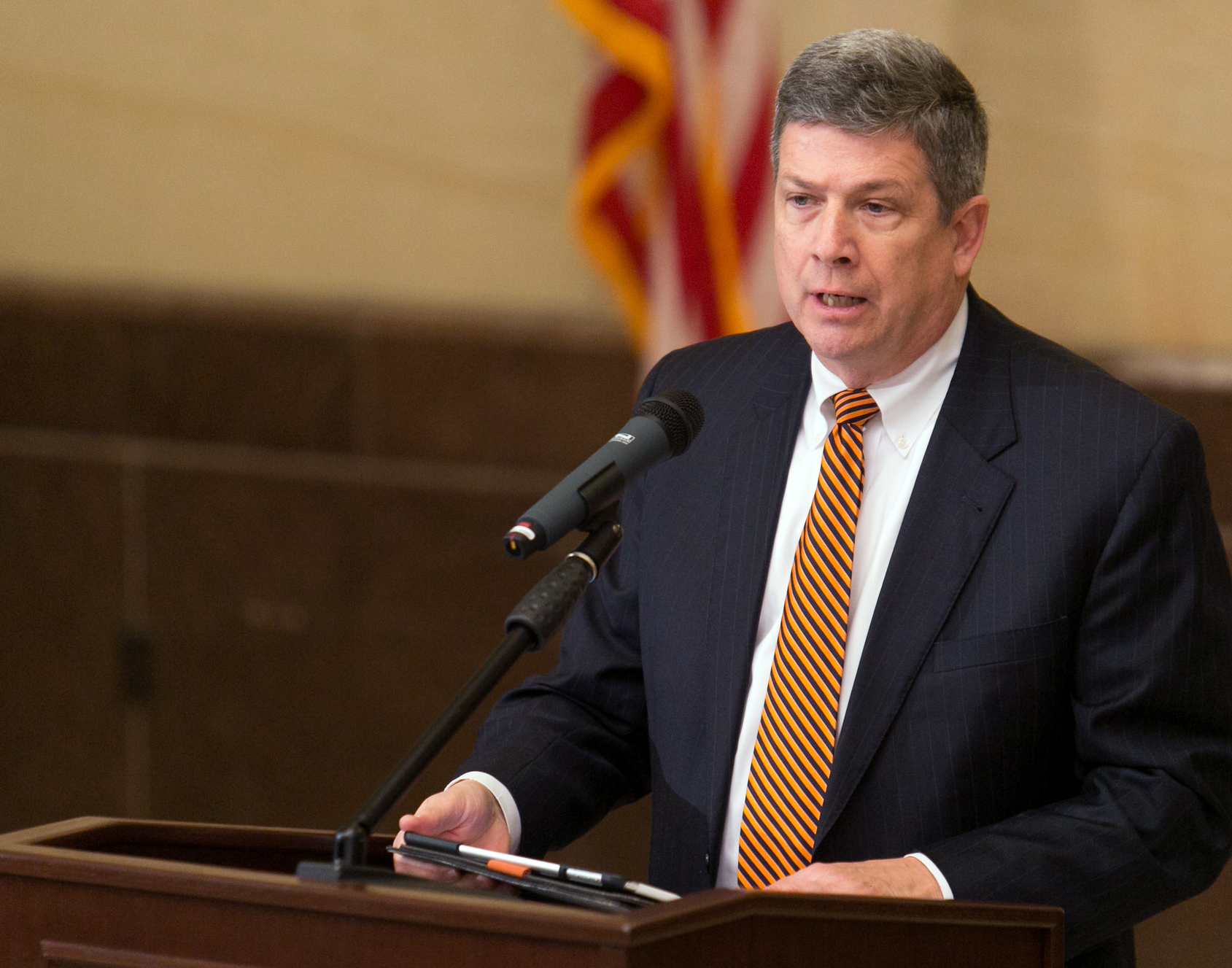 Featured speaker John Porcari, a former Deputy Secretary of the U.S. Department of Transportation, spoke about childhood memories of traveling the Seaway Trail, and stressed the historic and cultural significance of the stories told by scenic byways. He spoke of Maryland’s Religious Freedom National Scenic Byway, where travelers follow the spiritual journey of English settlers along the shores of the Potomac River, to the place often recognized as the birthplace of religious toleration in North America.

The first of the night’s Scenic Byway Trailblazer Awards was presented to the American Association of State Highway Officials (AASHTO). Bud Wright, executive director of AASHTO, accepted on behalf of his organization and said that scenic byways are sources of pride for state Departments of Transportation and exactly the kind of projects they love to get invested in. 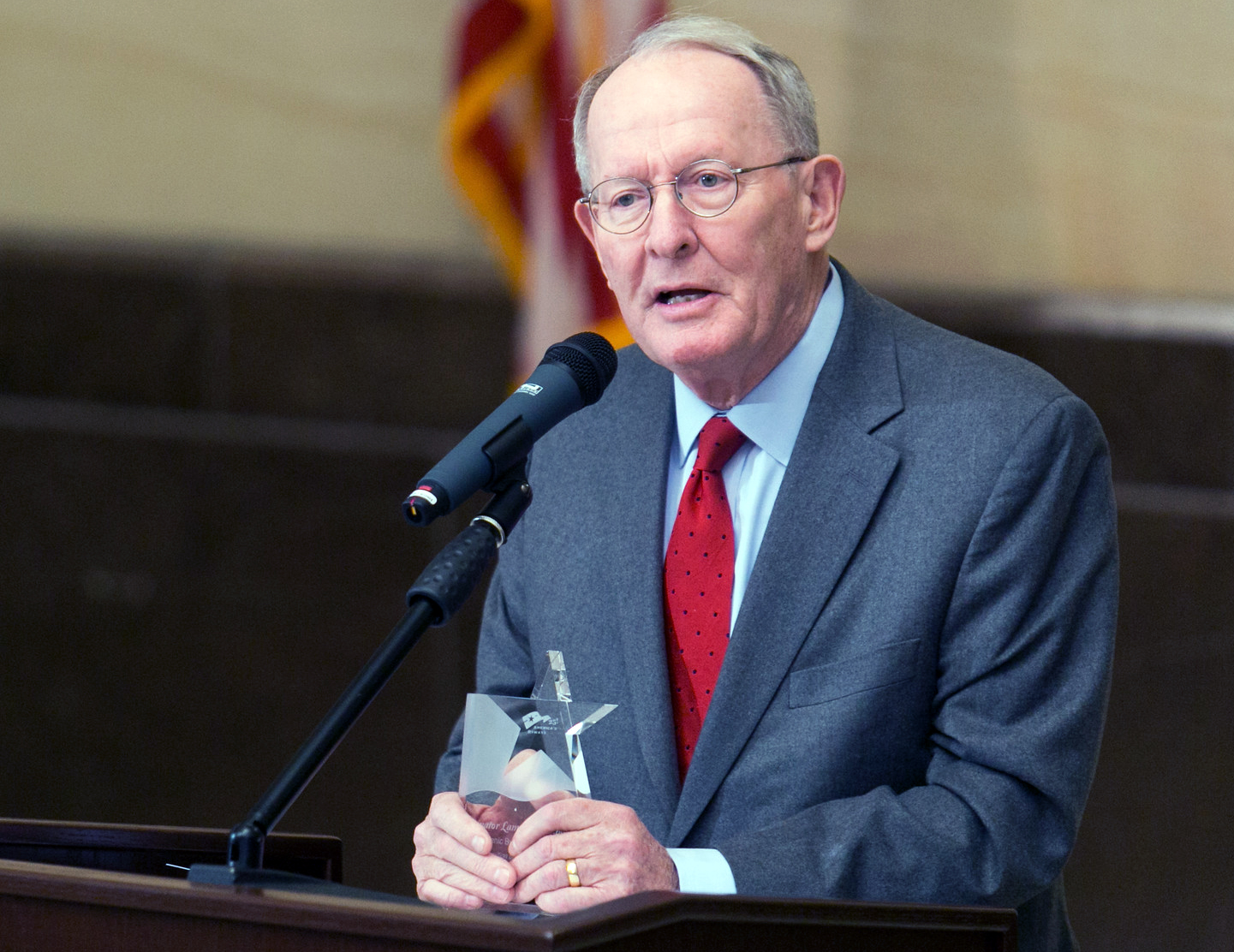 Senator Lamar Alexander (Tennessee), a longtime advocate of scenic roads, was also recognized with a Scenic Byway Trailblazer Award. Senator Alexander said that when President Ronald Reagan asked him to chair the President’s Commission on Americans Outdoors in 1985, the report recommended more land trusts, greenways, city parks and scenic byways, which led him to work with the Tennessee legislature to create 10,000 miles of state roads and scenic highways with no billboards, because “we knew tourists came to Tennessee for the scenery, not the billboards. Senator Alexander said that scenic byways are a great idea that should continue to be supported and enhanced. 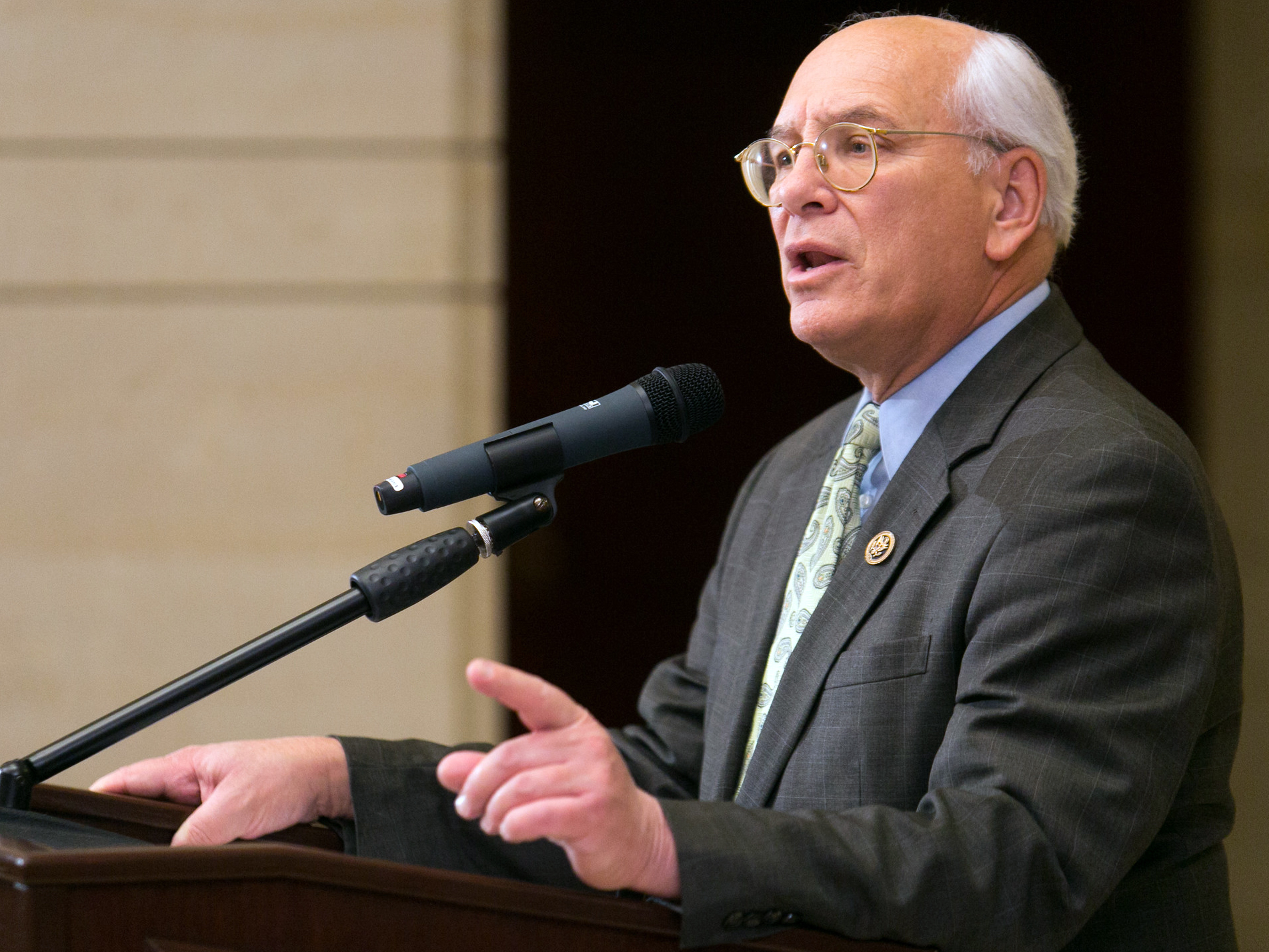 The final speaker of the evening was Rep. Paul Tonko (NY-2) who attended the event in support of byways generally and specifically in support of the Mohawk Towpath Scenic Byway in his district. Representative Tonko closed the program with powerful remarks about how byways and heritage areas are critical to “place esteem.” He encouraged byway supporters to be “squeaky wheels” and press Members of Congress to renew support and funding for National Scenic Byways.

To date, the Secretary of Transportation has designated 150 roads around the country as National Scenic Byways or All-American Roads. These roads are important to local communities because of the economic benefits generated by tourism, as well as the sense of pride they instill by preserving a corridor important to the area’s heritage. Recent federal research shows that international visitors in particular are seeking out scenic byways because of their interest in the true “American road” experience.  However, no new Scenic Byways have been designated since 2011, when Congress revoked funding for the Program.  Scenic America is working with our coalition partners to encourage Congress to restore the modest funding required to restart the designation process.