Pamela Wilson, a New Jersey native turned proud Californian by a childhood family move, founded Scenic San Diego in early 2013. As the volunteer director of the organization, Wilson has worked diligently to promote civic beauty and fight the multi-billion dollar billboard industry in San Diego and nearby cities. 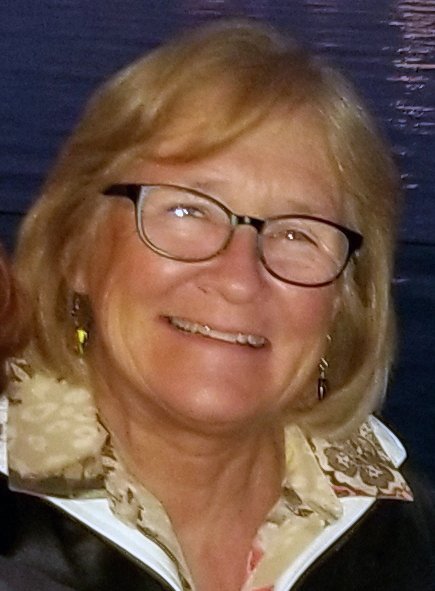 Wilson first moved to the San Diego area in 1970 to attend the city’s University of California campus. After graduating with a BA in Cultural Anthropology in 1975, she channeled her passion for activism into the women’s movement. After years of advocating for women’s rights, Wilson’s interest in politics and journalism blossomed into new careers.

In 1985, she joined the Blade-Citizen in Northern San Diego County as a crime and community affairs reporter. Wilson then moved to the San Diego Daily Transcript and found her niche in legal affairs reporting. She returned to school in 1993, graduating with a J.D. in Law from California Western School of Law, and was admitted to the California State Bar in 1996. While writing her own legal column, Wilson became increasingly interested in San Diego’s tumultuous relationship with billboards.

When Wilson would make the long drive from California to New Jersey to visit family, she remembered being disappointed and distracted by the amount of billboards along the highways. She wasn’t sure why, but seeing them always bothered her. “There was definitely a sense that it was littering the landscape,” she said.

Wilson decided to do something about it.

She learned that San Diego was a pioneer in billboard restriction, having banned new outdoor advertising display signs in the 1970s. Metromedia Inc., a media advertising company, subsequently sued the City of San Diego, alleging that the ban infringed its First Amendment rights. The Metromedia, Inc. v. City of San Diego case was the first lawsuit involving billboards to make it all the way to the United States Supreme Court. The Court’s decision set a precedent by upholding the rights of a municipality to prohibit billboards on safety and aesthetic concerns.

Wilson praised San Diego’s fight in her column and used the platform to bring attention to illegal billboards. She routinely brought unlawful outdoor advertising to the attention of city officials and formed relationships with those responsible for sign enforcement. “It would take months or years sometimes, but they would take the signs down,” said Wilson.

Eventually Wilson opened her own law office, and as her own boss she was able to organize her time in a manner that allowed her to work on issues she was passionate about. She began to organize volunteers with similar interests and was quickly directed to Scenic America. She was pleasantly surprised to learn there was a whole group of people dedicated to beautification, and was eager to attend an affiliate meeting in San Francisco in 2013. “I found out I’m not the only person who cared about this, and there were people all over the country. It was pretty inspirational,” she said.

Support from Scenic America staff and other affiliates encouraged Wilson to form Scenic San Diego as a vehicle to advocate for community character and scenic beauty in the city. In particular a long phone call with the late Bill Brinton, a Florida-based attorney and national expert in sign law, inspired Wilson and gave her the confidence that her passions were worth pursuing.

Through her relentless advocacy work, she was able to stop a proposal for a digital sign district in downtown San Diego and several outdoor advertising proposals on the waterfront. Wilson’s success in San Diego led to calls from citizens in neighboring cities, including Oceanside and Vista, seeking help with their own beautification battles. With Wilson’s guidance and direct assistance residents in both cities were able to defeat proposals for digital billboards on public property.

Wilson finds her volunteer work addictive and rewarding, especially when there are big wins like in downtown San Diego and Oceanside. She thoroughly enjoys working in the community to make positive change, even though it can be challenging at times. “It’s a non-profit going up against a for-profit. They get paid whether they’re successful or not,” she said. Wilson likens her effort to game of whack-a-mole: every triumph is met with another challenge.

Wilson plans to continue her work protecting San Diego’s public spaces and scenic beauty, and hopes her story will motivate others to do the same. She believes everyone should be an advocate about something, and recommends finding groups with similar interests. “Just give it a try, figure out who your allies are, get other people to help you. Sometimes you end up starting your own organization!” she said.