It was a warm day in Knoxville, Tennessee, and city resident Joyce Feld was starting her morning with a cup of coffee and a local newspaper. While flipping through the pages, she stumbled upon a small blurb that said the Metropolitan Planning Commission would be holding a workshop on digital billboards that day. She wasn’t much aware of local politics and didn’t know what the planning commission actually did, but the term “digital billboards” caught her eye. 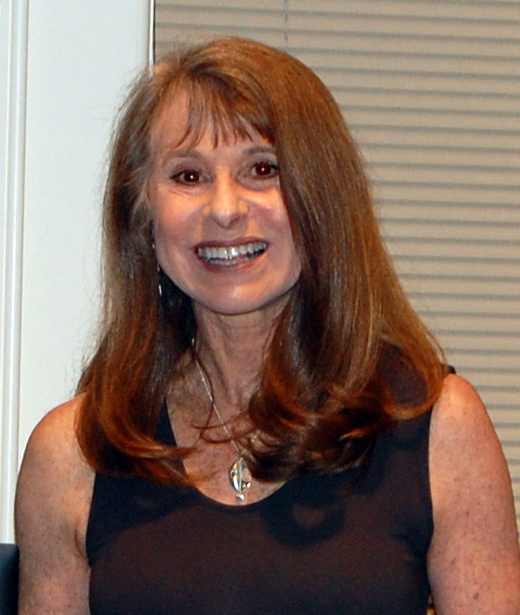 “I thought ‘digital billboards’ sounded terrible, though I wasn’t even sure what they were at that point,” Feld said. Her curiosity piqued, she decided to attend the meeting that evening with the intention of sitting in the back of the room just to listen. The meeting would mark the start of her deep involvement in civic improvement projects with a group called Scenic Knoxville, efforts she began at that meeting just over a decade ago and which are still going strong today.

Feld grew up in the blue-collar fishing town of New Bedford, Massachusetts. From there she headed up to Boston to attend Simmons College, where she studied psychology. After graduation she worked as a waitress, then worked as a research assistant at Harvard Medical School. During college she spent her junior year in Paris and several summers hitchhiking across Europe and Asia, developing a passion for travel and exploration. An opportunity to move to Hawaii presented itself, and while initially hesitant to move, she would go on to spend 12 years on the islands, earn a PhD in Psychology from the University of Hawaii, and fall in love with life in the tropical state.

So when her new husband’s career looked to take them all the way to Tennessee, Feld was hesitant and anxious about what such a drastic change of scenery might bring. When her family first arrived in East Tennessee, Feld was instantly struck by both its natural beauty and the billboards and sign clutter that too often hid that beauty. Hawaii is one of four states that has banned billboards outright, and through her travels and time on the islands, Feld came to appreciate that people could have control over what their communities looked like.

“It was not deliberate in any way, but I believe Hawaii has had a huge bearing on why I do what I do now,” she said.

Years later, as she sat and listened to Knoxville’s Metropolitan Planning Commission’s arguments in the community workshop, she was moved to action by her experience living in a billboard-free environment, and before she knew it Feld was at the podium addressing her community.

After the meeting, four people came up to Feld and introduced themselves as members of Scenic Tennessee. They expressed interest in forming a Scenic Knoxville chapter, and asked her to join. She was uncertain, but decided to attend an organizational meeting anyway. This meeting marked the official formation of Scenic Knoxville, and Feld became secretary shortly thereafter.

Despite her lack of experience on the issues of planning or sign regulation, Feld took her position as board member very seriously. Two months after Scenic Knoxville’s creation in early 2008, she and another board member attended their first Scenic America conference in Jacksonville, Fla. She was inspired by fellow Scenic affiliates, and treasured the clear support from the national organization. The conference worked as an incredible learning experience for Feld, and when it was time for the founding president to step down, she assumed the organization’s leadership role.

Feld’s success as Scenic Knoxville president is in part due to her strong will and stubbornly compassionate personality. She learned how to establish relationships with elected officials, even forming personal friendships with members of the City Council. Feld recognizes that when she is passionate about something, she can be almost too persistent.

“One of my guiding principles is don’t compromise unless you have to,” she said. “If you believe what you’re asking for is in the best interest of the community, if you really believe that’s the moral and correct position, stick with it.”

Her headstrong attitude is tried and true. After successfully pushing for a city-wide ban on digital billboards Feld wanted to initiate a ban on electronic message centers (on-premise digital signage). Scenic Knoxville board members initially warned her to be reasonable and open to compromise, especially after such a monumental win. Feld persisted in arguing for the ban, and before long the board backed her position and Scenic Knoxville ended up getting the message centers prohibited.

“You have to know your audience, read your legislative body, and be realistic about what you can get from them,” she said. “It’s a balance between sticking to your guns and being reasonable.”

Although Feld clearly has a knack for advocacy, she recognizes that these sorts of campaigns can be emotionally taxing. She describes the experience of leading an advocacy group as a rollercoaster: with every win comes a euphoric sense that a small volunteer organization can take on the powerful forces of blight, while every loss can incur depression and a feeling that you could lose it all.

“You have to remember you’re not alone,” Feld said. “There are other people and organizations in the community with like-minded goals. We work together and learn from each other. I’m especially grateful to have a dedicated and talented board working with me and a community that has shown strong support for our efforts”

With strong billboard regulations now in place, Feld is excited about several new Scenic Knoxville initiatives to beautify public spaces. The city is updating its fifty-year old zoning ordinances and Scenic Knoxville is forming coalitions to give feedback on topics such as a comprehensive landscaping ordinance and architectural design standards on new residential and commercial construction.

Recently, legislation was introduced in the state legislature which would have prohibited local governments from including in their zoning codes design elements on new homes. Scenic Knoxville rallied support from other organizations and the community to oppose the legislation and the bill was withdrawn. Feld is pleased to know that Scenic Knoxville can succeed at the state level as well as in the City and the County.

After years of community involvement in Knoxville, Feld is sometimes recognized around town for her public advocacy work. As treasurer of the League of Women Voters, a member of two other boards, owner of a grass-fed beef farm, and avid gardener, Feld is used to juggling multiple roles and responsibilities. She’s grateful for the opportunity to advocate for better public spaces and for the appreciation shown to her by neighbors, as she finds it incredibly gratifying to witness the changes she’s promoted in her community.

“I started this work partly for selfish reasons…I knew I wanted to live in a beautiful city,” Feld said. “I knew from experience that communities didn’t have to succumb to blight. Now I’m seeking to help create the kind of community that I believe everyone deserves to live in and to visit.”