Scenic America presented its Stafford Award to California State Senator Mark Leno for his longtime support of scenic beauty and his bold efforts to combat billboard blight in the state.

While on San Francisco’s Board of Supervisors, Leno introduced legislation to restrict the placement of advertising on the sides of buildings, increased fines for illegal signs and required all billboards to display license numbers. “For the first time, billboards operators were held accountable,” said Milo Hanke, Past President of San Francisco Beautiful. “We found more than half of the billboards in the city to be operating illegally, and it was Mark Leno’s legislation that led the way to taking them down.” 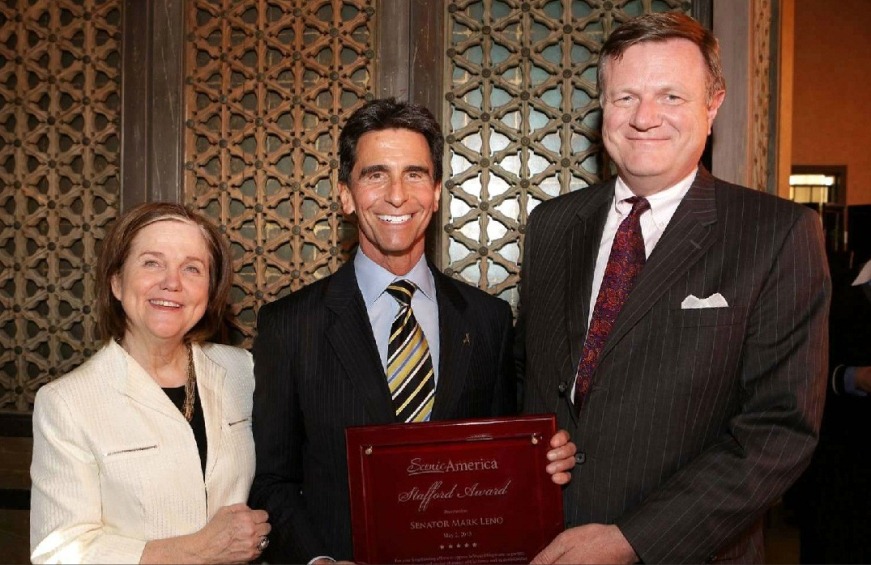 More recently, Leno introduced Senate Bill 690, which sought to give local governments the authority to force owners to remove or modify billboards that violate their original conditions. At the bill’s introduction Leno said that it made no sense that the billboard industry’s ill-gotten gains were protected by state law, which was obviously “written for the industry, not the community.”

“We are thrilled to present this award to Senator Leno for standing tall against the forces of blight,” said Mary Tracy, Scenic America President. “We commend him for not backing down against a billboard industry that has deep pockets and a track record of using intimidation to get what it wants.”