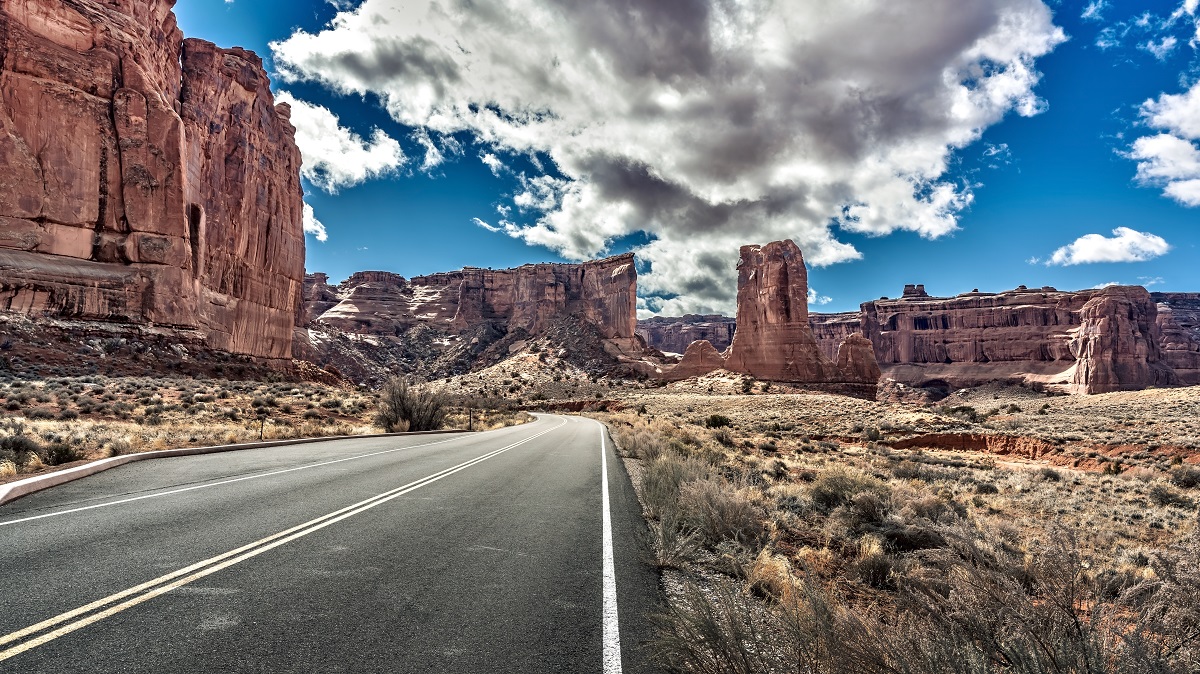 Packed with some of America’s most stunning scenery, Utah serves as a shining example of a state that truly celebrates its scenic byways. While some of these scenic roads connect Utah’s most popular national parks, others provide serve as gateways to lesser-known, and equally stunning, natural scenes.

The program is administered by the Utah Department of Transportation, under the leadership of Executive Director Carlos P. Braceras, who also serves as an unofficial “Byways Ambassador” for Scenic America, helping to call attention to the importance of the byways program nationwide.

Utah’s scenic byways are also enthusiastically supported by the Utah Office of Tourism, which recognizes the power of beautiful roadways to enhance visitors’ experiences and deliver even more economic benefits to communities statewide.

The Utah State Scenic Byway Program can trace its origins to 1985. The program was officially designated in the state code in 1990.

The Utah Travel Council (now the Utah Office of Tourism) played a primary role in establishing the scenic byway program with the support of the Utah Department of Tourism.

When the program was officially created in 1990, 27 scenic byways were designated. Since then, only one other byway has been designated—Morgan-Parleys Scenic Byway.

When did you first get involved with the Utah scenic byways program?

I first got involved with in 2018 when I was assigned to be the State Scenic Byway Coordinator for the State of Utah as part of my duties in the Utah Office of Tourism.

What is your most memorable moment working with Utah’s byways?

Do you have a favorite Utah byway?

What tips do you have for visitors who want to explore Utah’s byways?

Did You Know? The Patchwork Parkway was named after an incident that happened during the early days of Utah’s settlement by Mormon pioneers. Faced with harsh travel conditions, the settlers laid their quilts on top of the deep snow in order to cross to the west. Today drivers enjoy the patchwork of colors, cultures, and climates along this 51-mile scenic byway, S.R. 143, which passes through the vibrant Cedar Breaks National Monument, pictured here.