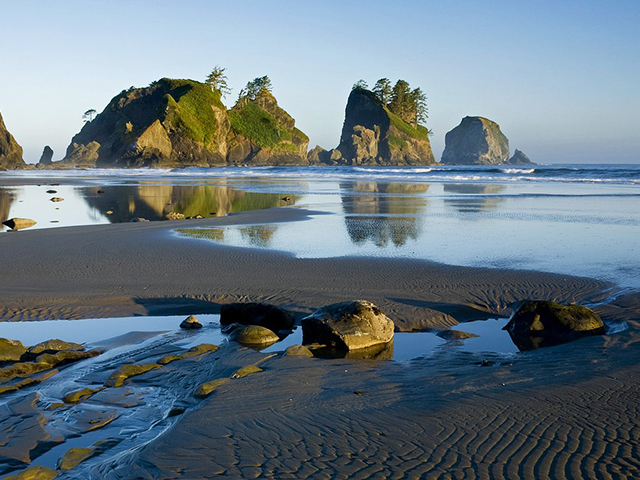 In addition to state scenic byways and national scenic byways, the National Scenic Byways Program provides grant funding opportunities for Tribal Scenic Byways. Representatives from tribal communities can apply for scenic byway status for their notable roadways to tap into such resources to spur economic development, job creation, and other benefits.

Navajo Nation Scenic Byways
This collection of state and national scenic byways was developed in cooperation with the Navajo Nation. The five main roads are in or near historic tribal lands in Arizona, with other scenic roads nearby in the Four Corners Region

Cape Flattery Tribal Scenic Byway
This is the only tribal-designated byway in Washington State.

Wisconsin Lake Superior Scenic Byway
Located on the Bayfield Peninsula in northern Wisconsin, this byway passes through the reservation of the Red Cliff Band of Lake Superior Chippewa. Representatives from the tribe serve on the Scenic Byway Council and play an active role in stewarding the area’s natural resources.