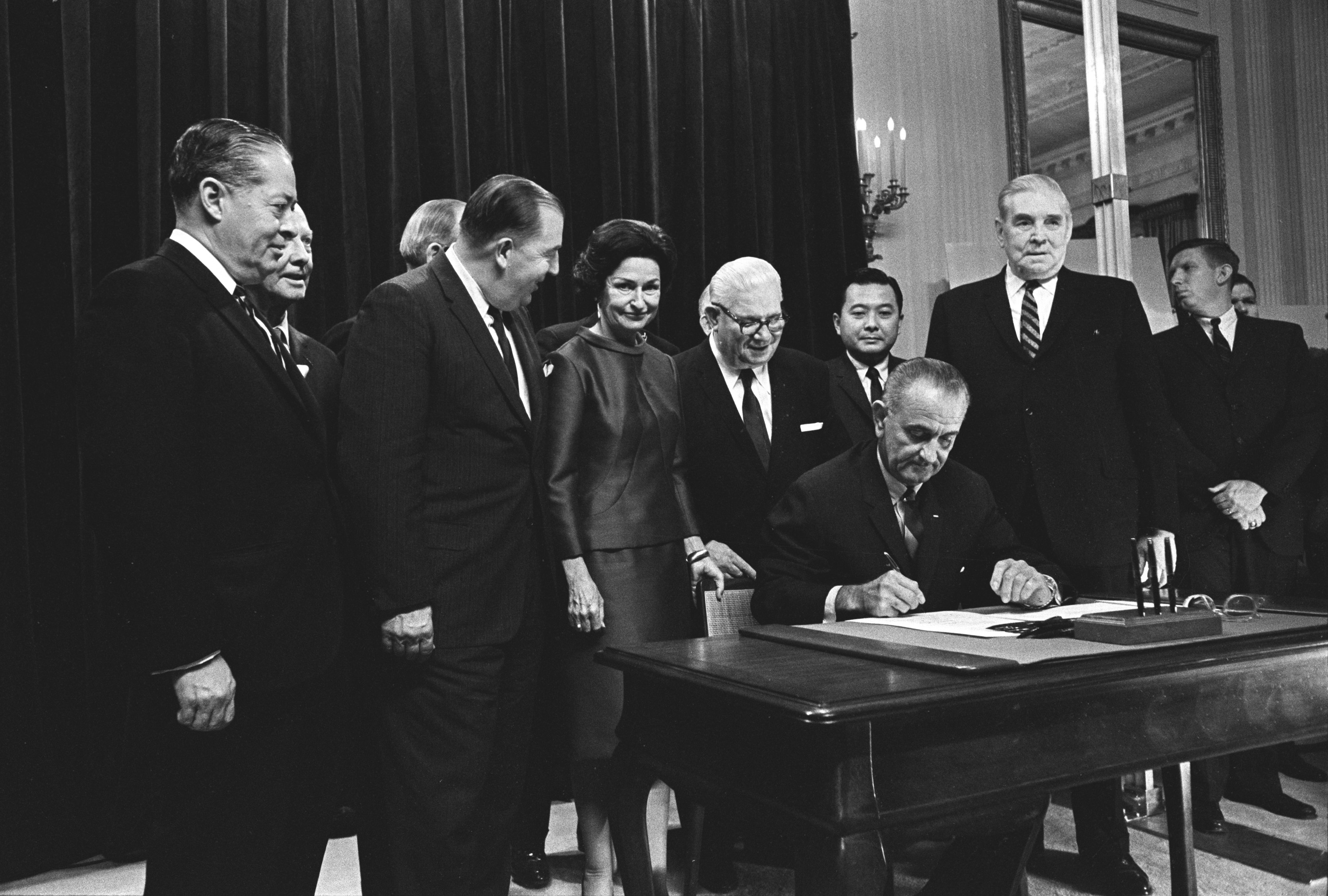 In order to avoid a ten percent reduction in federal highway funds, states were required to provide for “effective control” of billboards by enacting adequate billboard control laws along federal-aid highways.

To comply with this mandate, states had to negotiate federal-state agreements (FSAs) that defined acceptable standards for billboard size, spacing, and lighting. This requirement limited the construction of new billboards and provided for the removal of pre-existing signs that violated the state’s FSA standards.

By mid-1970, only thirty-two states had enacted compliance laws with the HBA, and only 18 were found to be in full compliance. To encourage more compliance, Congress provided substantial federal funds for the billboard removal program, and the Federal Highway Administrator put increasing pressure on the recalcitrant states to adopt compliance laws. By 1972, only one state, South Dakota, was not found in compliance.

The sole holdout, South Dakota, sued the Secretary of Transportation for withholding ten percent of the federal-aid highway funding for fiscal year 1973 where the Secretary determined that South Dakota’s billboard control statute did not comply with the HBA; the Secretary’s determination was upheld in South Dakota v. Volpe, 353 F.Supp. 335 (D.S.D. 1973).

The Highway Beautification Act has been successful in limiting advertising along the Interstate System right-of-way, and large numbers of illegal signs elsewhere have been removed. Problems remain, however, and lack of funding has been an impediment to the HBA achieving its goals.