When a billboard must be removed (or simply moved) for a highway project, its owner often seeks compensation far in excess of the worth of the billboard structure itself. Excess and unwarranted compensation for billboard condemnation is just one way that American taxpayers unduly subsidize the billboard industry.

In September 2013 the Minnesota Department of Transportation agreed to spend over $4.3 million in public funds for the removal of a digital billboard as part of a bridge reconstruction project.  The billboard’s removal was necessitated by a project currently underway to replace the Lafayette Bridge, which carries state highway 52 over the Mississippi River near downtown St. Paul.  Documents reveal that the state paid the billboard’s owner, Clear Channel Outdoor, $4,321,000 for the condemnation of a single digital billboard.  Clear Channel retained ownership of the billboard and is believed to have relocated the sign to Minneapolis soon after its removal. 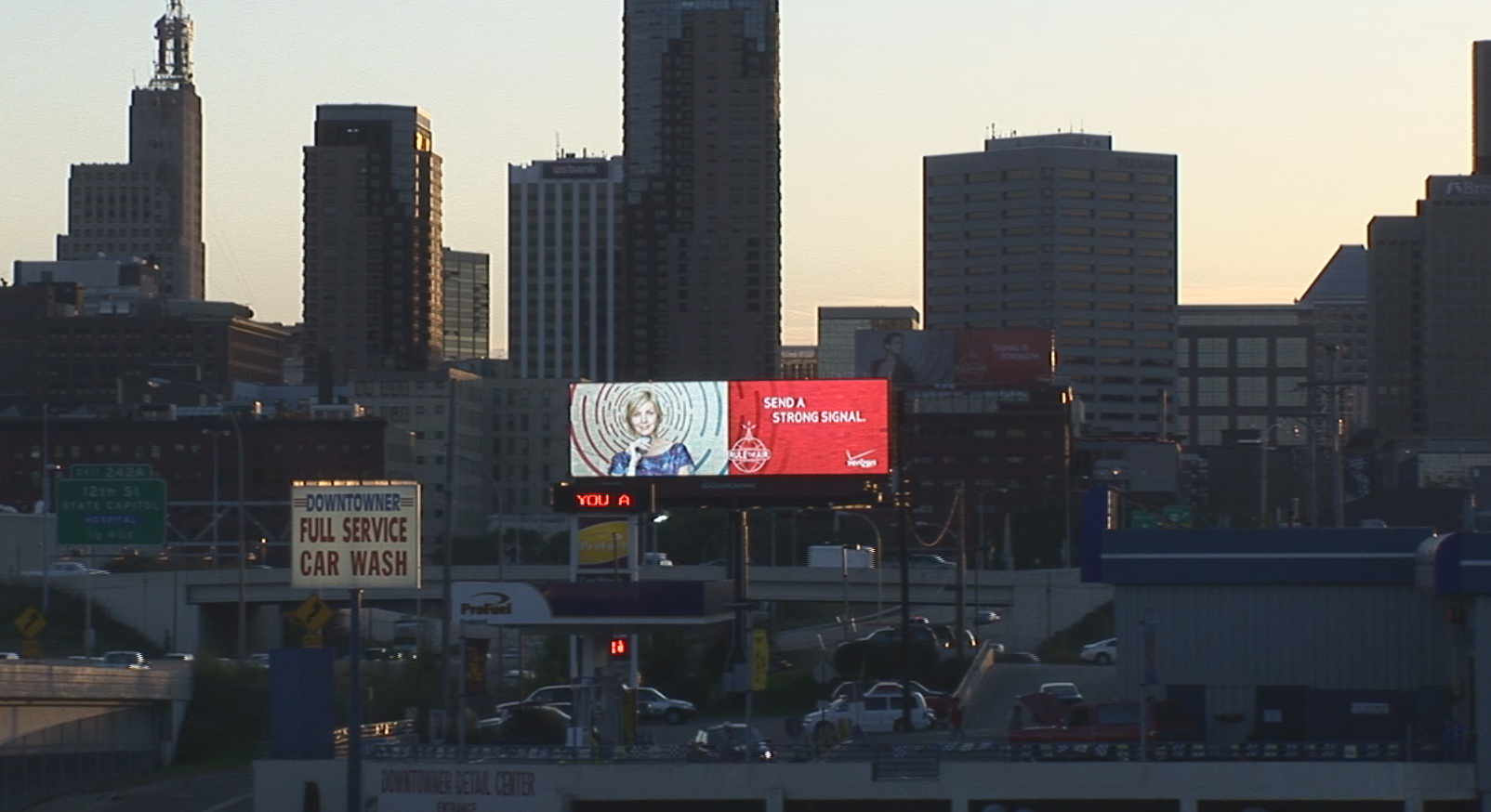 It is believed that this is the first time in the U.S. that a highway project has required the removal of a digital billboard, and the price tag has set a frightening precedent for those states and cities that have already allowed or are considering allowing digital billboards along their highways. Should the time come for those signs to be removed, it could cost taxpayers dearly.  When a billboard must be removed for a highway project, its owner often seeks compensation for lost future revenues far beyond the cost of the sign structure itself (as of 2010 it was reported that digital billboards cost approximately $250,000 – $300,000).  According to MnDOT, the $4.3 million check was a compromise: Clear Channel had asked for much more.

The multi-million dollar payment to Clear Channel is especially egregious when one considers that billboards derive all of their value from their proximity to public roadways, yet billboard owners pay no road user fees for their privileged locations. Tolls, registration fees and fuel taxes are just some of the ways the public pays for the building and maintenance of roads. The billboard industry gets a free ride from the public’s investment in highways and only blights them in return.

The settlement also flies in the face of a growing call for increased and sensible use of transportation funding across the country.  Move MN, a new coalition of transportation and business interests, has formed around the belief that if Minnesota wants to remain economically competitive, it needs a boost in transportation spending so it can repair its battered infrastructure.  “Nearly half of Minnesota’s roads and bridges are in poor or mediocre condition and almost 2.5 million commuters drive across a structurally deficient bridge each day,” said the group.

Susan Adams Loyd, president of the company’s Twin Cities division, actually blamed the residents of St. Paul for the large settlement. The city passed a ban on new billboards years ago, and she suggested the payout would have been lower had the sign been allowed to be re-erected elsewhere in the city.  “Businesses like Clear Channel…are entitled to just compensation,” she said.

Ultimately, the dollar amount of “just compensation” for a removed sign (which the owner keeps) is a matter of state law, and lawmakers have the power and responsibility to ensure that “just compensation” doesn’t turn into “unjust enrichment.”  This case illustrates the need for the Minnesota legislature to revisit state property laws to assure that billboard compensation is in line with other states.  For example, some states don’t classify billboards as being permanently attached to the land so the billboard owner is not compensated as if the sign were part of the real property.  Instead those state laws consider the signs to be personal property (not permanently attached to the land) so the owner is free to move the sign to another legal site.  If there is no other legal site, the state may have to pay the costs of the billboard structure, but not for any additional claims.

If state lawmakers all over the country want to be good stewards of taxpayer funds they need to closely examine the way they compensate owners of condemned signs, otherwise money so desperately needed for transportation and infrastructure funding will continue to line the pockets of billboard companies.