Awards were given to two Rhode Island-based organizations in recognition of their efforts to beautify area landscapes during a recent meeting of Scenic America’s Board and Affiliates at Bellevue House in Newport, home of the group’s Chairman Ronald Lee Fleming. 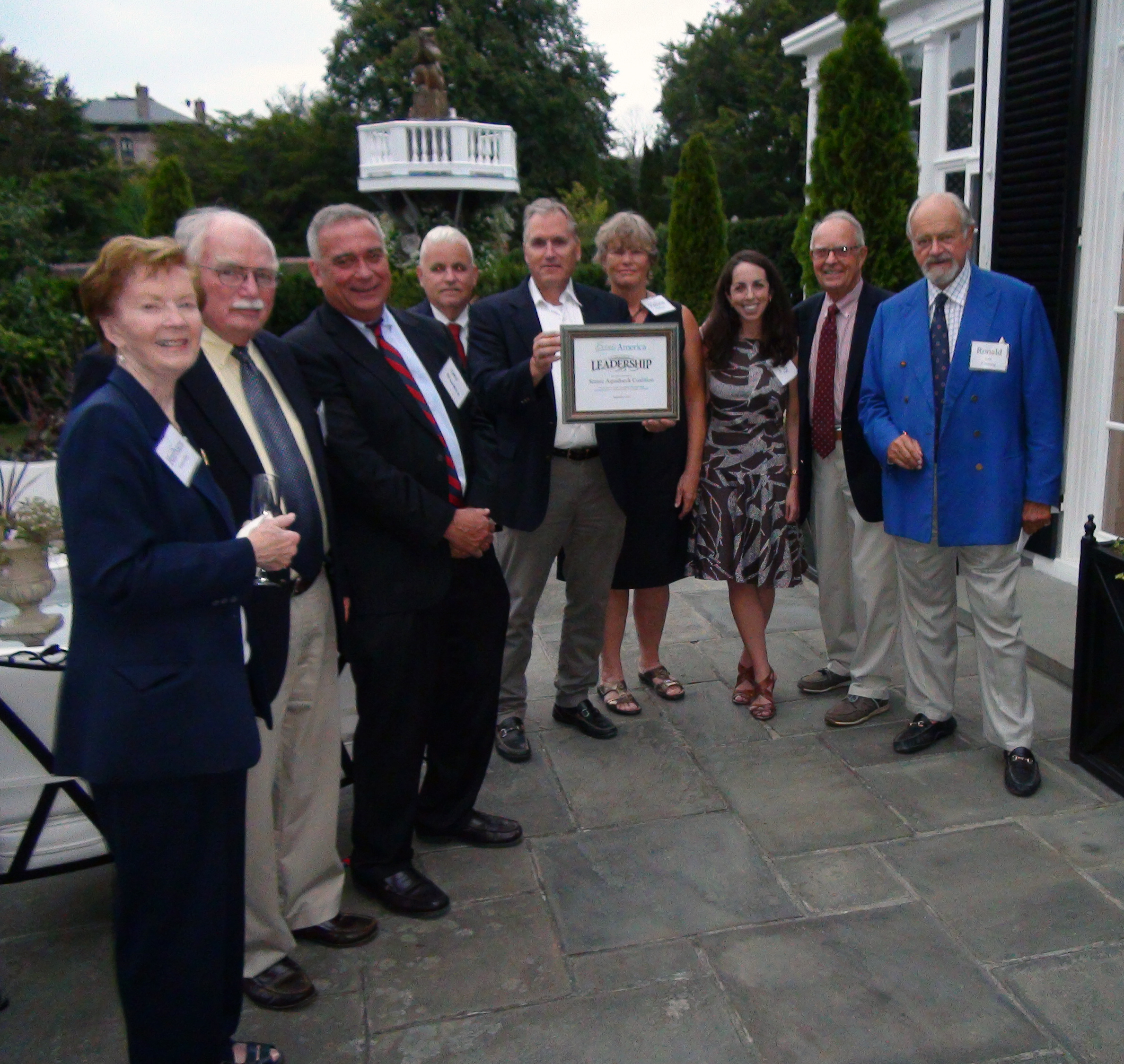 The first award recognized the Scenic Aquidneck Coalition for securing more than $800,000 in federal funding to put power and utility lines underground at Second Beach in Middletown. The effort to underground the utilities has been a long-term partnership led by the Coalition, which is comprised of the Aquidneck Land Trust, Preserve Rhode Island, The Preservation Society of Newport County, The Townscape Institute, and the van Beuren Charitable Foundation.

“Putting these lines below ground will not only enhance the iconic viewscape along Second Beach, but it will help ensure the reliability and resiliency of vital utilities for area residents and businesses,” said Mary Tracy, Scenic America President. 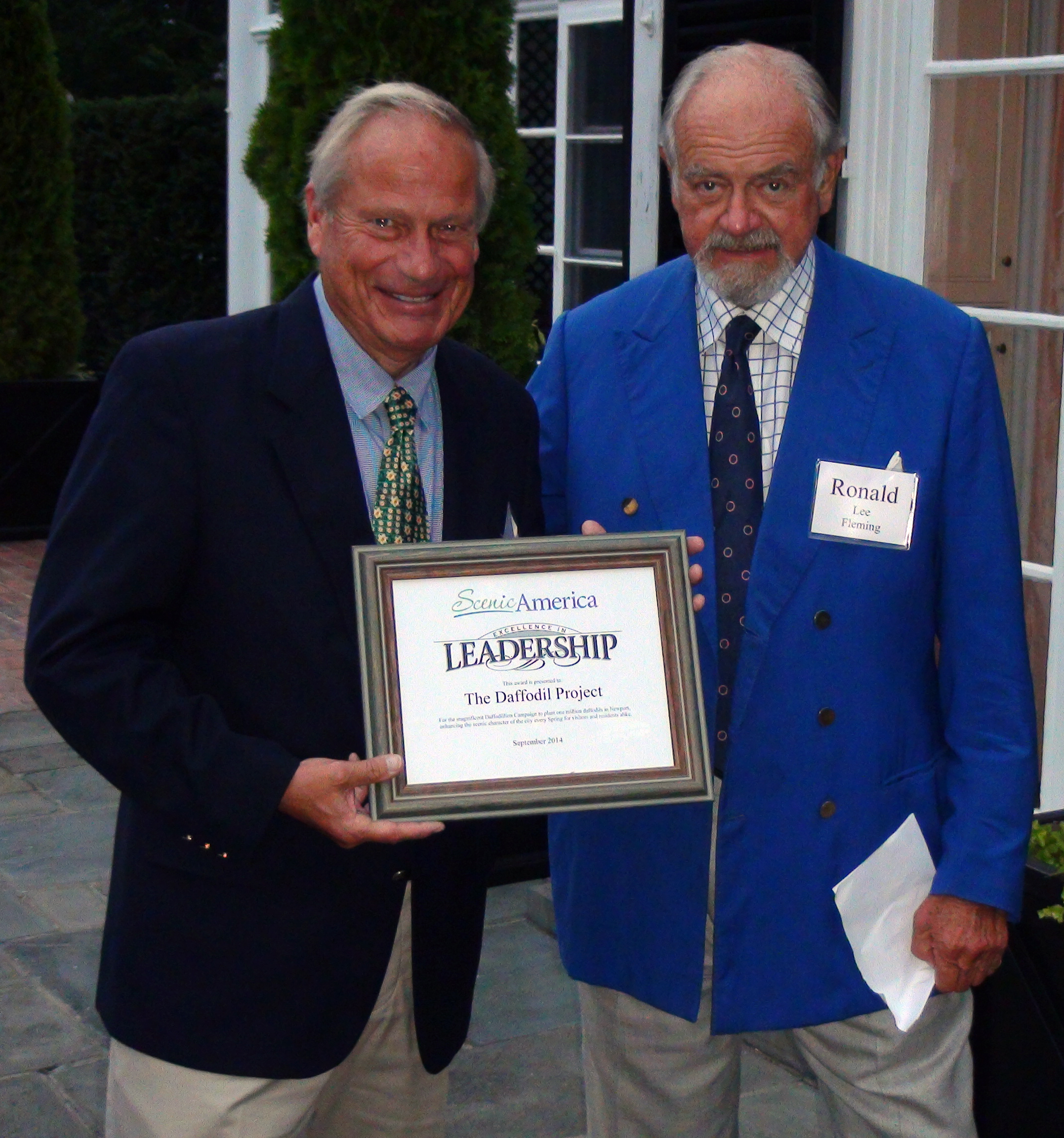 The second award was given to the Daffodil Project for its Daffodillion Campaign, an effort to plant one million daffodils across Newport. Nearly a quarter-million flowers have already been planted.

“Each Spring these daffodils will create a kind of golden necklace all across the city,” said Fleming.

The award was accepted by John Hirschboeck, the Project’s director.