Scenic America recently presented its “Taking the Long View” award to two civil servants for their roles in helping to beautify a key gateway from the Pell Bridge into the city of Newport, Rhode Island.

Scott Wheeler, the city’s Tree Warden, and Eric Offenberg, Director of Engineering at the Rhode Island Bridge and Turnpike Authority (RIBTA), received the awards during a reception at Bellevue House in Newport, home of Scenic America chairman Ronald Lee Fleming. 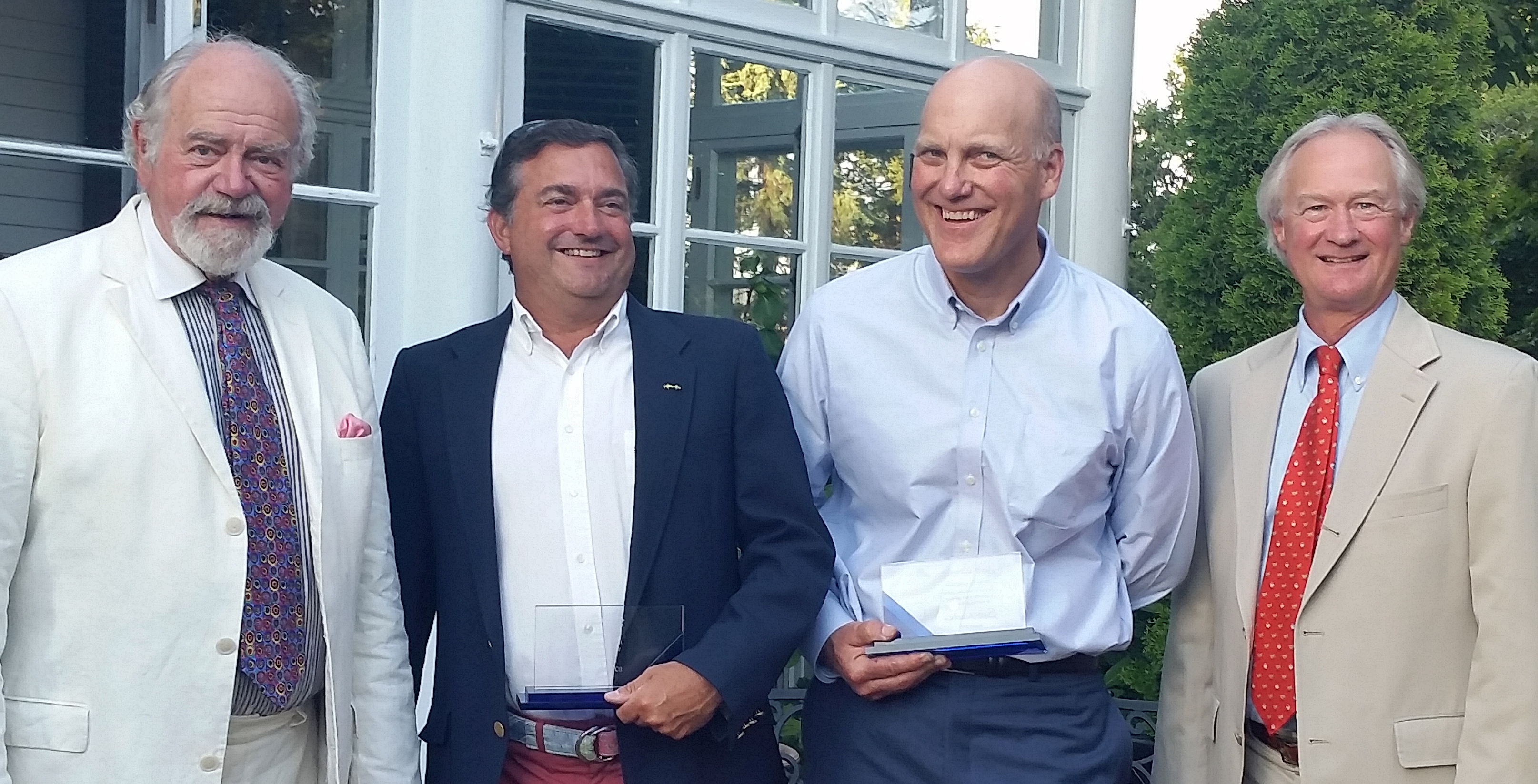 Wheeler and Offenberg were instrumental in planning and helping with the planting of 31 new trees and 60,000 daffodils along JT Connell Highway and the downtown exit ramp off the Pell Bridge. Nine elm trees, six Redmond American lindens, five northern red oaks, five sugar maples and five tulip trees were planted, Wheeler said.  “This is just the beginning of what we’ve got planned,” said Offenberg.

“The efforts of Mr. Wheeler and Mr. Offenberg have resulted in a direct and visible benefit to the public,” said Fleming. “Because of their hard work, the experience of entering Newport from the Pell Bridge has been immeasurably improved, resulting in a heightened experience for visitors and a rejuvenating lift in spirit for residents returning home.”

The purchase of the trees was enabled by a fundraiser at Bellevue House that raised over $23,000 to further beautify Newport. Also benefiting from the fundraiser was the Daffodillion Campaign, an effort to plant one million daffodils across the city. The Campaign, recognized by Scenic America with an award in 2014, is nearly half-way to its goal, having planted 496,000 bulbs to date, over 60,000 of which appear at the Pell Bridge gateway.

The reception was part of a multi-day meeting of Scenic America’s Board of Directors at Bellevue House. The newly-named awards are inspired by Scenic America’s recently released white paper, Taking the Long View: A Proposal for Realizing America the Beautiful.